Following the breakdown of a relationship, financial stress and uncertainty about “who gets what” can be a contention for both parties. In most cases, women are more likely to experience significant declines in household disposable income than men, and those women leaving a relationship involving domestic or family violence are even more vulnerable to financial stress.

What measures are being introduced?

Minister for Women, Kelly O’Dwyer MP, described the WESP as an initiative that is aimed at “delivering practical measures to help give women greater choices about their lives and to build financial security for themselves and their families”.

The WESP will assist and encourage women, including victims of domestic or family violence, to pursue safer, faster and fairer parenting and property settlements after separation.

The WESP includes $98.4 million in new funding for family law services and initiatives for the 2019-2020 financial year, including:

The WESP will assist those women who are leaving abusive relationships to ensure their safety, as well as their children’s safety, and to help them achieve equitable property settlements and increase their financial independence.

FOR MORE INFORMATION, CALL 9207 1866 TO DISCUSS YOUR UNIQUE SITUATION. 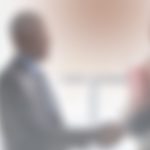 What to do when your driver’s licence is disqualifiedFamily Law 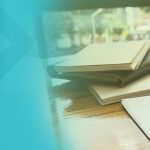