The use of social media has become a daily activity for many people. Social media accounts are used for keeping in touch with family and friends, sharing memories and relaying information about your day to day life. While most people are familiar with sharing experiences or thoughts on social media platforms such as Facebook, Twitter, Snapchat and Instagram, many are not aware of how easily others can access these posts.

In the context of a separation, tensions and emotions often run high. It may be the case that a party takes to social media to “vent” about their former partner without realising that those posts may be accessed at a later date and introduced as evidence in Family Court proceedings.

How is social media used in Family Court proceedings?

Social media posts are becoming more frequently introduced as evidence in family law proceedings in instances where a party wishes to “prove” a disputed fact or question the other party’s competency. This is especially so in cases concerning children’s matters where the Court must consider the best interests of the child as a paramount factor in deciding care arrangements.

But what kind of social media posts are likely to support an argument in family law matters and when can the use of these posts backfire?

When considering this question, some social media posts may be relevant in scenarios where:

What weight does the Court give to social media posts?

Although content from social media may be included in evidence, it is up to the Court to consider whether that evidence is important and how much weight it will attribute to it.

The Court might consider that such evidence should be given very little weight, meaning that the evidence itself will not have a major impact on its decision.

It is important that if you are separating, or have separated, and are engaged in Family Court proceedings, that you seek legal advice as to:

While negotiations are underway in your family law matter, it is imperative that you are aware of your own social media presence as well as your former partner’s.

We can help you put forward the best evidence to work for you and not against you. 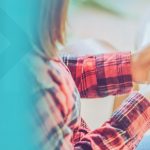 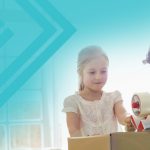 Understanding the role of an Independent Children’s LawyerFamily Law